Heil Hitler. « It’s an old geographer, Ali, who made the Nazi hello pointing his cane towards the interior ministry. With serene audacity of those who have nothing to lose, the old man crept among girls massed outside the building where the figures were announced contested elections. Facing them, the squads of riot police are preparing to charge him with batons. Around, it’s uprising, the windows of shops were smashed, bus blaze. Tender and ironic, Ali apostrophe young protesters: « Say hello to the fascists! For one week, you had forgotten, is not it? «

He remembers everything. Mossadegh’s government, only when Iran has known democracy, and its overthrow by the CIA in 1953 to restore the hegemony of the Shah.Then the Khomeini revolution speeds and hopes dashed. Of false alternatives, then, to create the illusion of a pluralistic regime. And the arrival of this president a demagogue, this son of the people to eternal rain jacket cream with smiles, winks and formulas to punch IRGC electrifying … Then, of course, Ali did not vote. « What’s good? To consolidate the coup? «

They wanted to believe. They have lived this dream for a crazy week, tasted that freedom stolen, distributed leaflets, shouted slogans – « Down with the dictator! », « The dwarf who governs us, » « Death to the political police! » – Which would have led directly to jail before the campaign. They felt even stronger than they had already won some brilliant victories. Last year, they had failed to push the law legalizing polygamy, and for the right to dispose of their dowries? Then they waited for hours to vote. Moreover, outside mosques turned into electoral office, queues of women were often twice as long as men. They deliberately ignored the risk of a backlash. Repression like that of a decade ago against the students.

It was the reformist Khatami, who ruled the country, the very man who supported the defeated candidate Mir Hossein Mousavi. Despite this apparent openness, the regime had he not already shown that he would oppose any questioning of its fundamental principles? But these young women who demonstrate today outside the Ministry of Interior only they know the history of the uprising of students? They are so young, like in this country of which 70% of the population is under 30 years. No wonder this fervor a bit naive that they have placed in the pale Mousavi? They were not alone. Even Ayatollah Montazeri, once tipped to succeed Ayatollah Khomeini, but rejected the plan for challenging the principle of velayat-e faqih (the rule of religion over politics), left the reservation of thirty years in Qom where he is under house arrest for voting.

« WHAT THE MOBILIZATION OF THESE YOUNG PEOPLE WHO HAVE TASTE THE FIRST TIME AT THE COMEDY OF POLITICAL COMMITMENT? »

So now they feel they have been fooled by this president who was reelected with 63% of the vote. And has also as its victory the 84% turnout: proof, he said, the accession of Iran to the Republic of mullahs. « Say that all Iranians are not for this man, we’re ashamed of him, » slips a student of French literature who slips between stone-throwing youth holed up in the university and bikers to black shells that charge on the sidewalks.Despite the dead – a dozen, according to preliminary results – and the wounded away on stretchers, despite the shots slamming into the city, they continue to shout their anger: « What to do with the mobilization of young people who have tasted for the first time the intoxication of political commitment? asks a college professor met in the street. Genius will not fit so easily that in the light … «

The Revolutionary Guards have regained control of the crossroads of Tehran. Civilian or military fatigues, armed with my day and night hounding telescopic machine guns, they deter young people to talk to Westerners. The information ministry has banned foreign journalists from covering protests of the opposition who have won the big cities: the regime has now anxious to close the dangerous interlude of freedom of expression he had thought strong enough to allow during the campaign. However, this publicity stunt for the benefit of Western public opinion has sharply dropped. And the crackdown began: mass arrests, including that of the brother of former President Khatami, newspaper closures of the main opposition candidate, Mir Hossein Mousavi. And the injury list lengthens. But young Iranians are afraid of nothing. As if they had been stifled for too long, they continue to explain: « We supported Mousavi because we had no other choice.It is the product of a wider selection than an election, « said a disillusioned student activist entrenched within a faculty. We did not party, we are not organized. Our goal?Take as long as possible. «

This battle is played out in Tehran, but also in Isfahan or Shiraz. Reformers and conservatives: each side wants to prove that he won by mobilizing the greatest number of his supporters to replay the election in the street. Both Iran who are unaware and do not understand. He, sophisticated, intellectuals, students and middle class that wants to embrace the world. Against a popular Iranian clerics spewing corrupt as far as the « imperialist Zionist enemy. » « Fans of television satellite against those military songs of the Revolutionary Guards, » said one Iranian journalist. Each camp has its mullahs.Ayatollah Sanei, for example, openly supports the reformers. But Ayatollah Yazdi was, he welcomed the victory of Ahmadinejad, which « strengthens the links between Islam and the revolution … »

President Ahmadinejad said he decided to seize power by rigging the election? « How else do you explain that for the first time, the precise outcome of the vote was announced two hours after the closure of polling stations? said a taxi driver. Either these elections are rigged, or Ahmadi knows the future and should remain president for life! «
But following the elections, the Freedom Square in Tehran, Ahmadinejad’s supporters are an impressive crowd: « Tell that we are the most numerous, while Iran is behind Ahmadinejad because he is hardworking, incorruptible and close to his people, « shouted a bank employee. To illustrate these words, President Ahmadinejad, hoisted on the hood of an old Jeep, came to greet his supporters simply and warmly as if he knew them all personally. The women tied their chadors to form cordons. It is a disciplined army of supporters who listens to his head with adoration. Among them, two young girls in colorful veils and plucked eyebrows settle for the black mass of long chador. These are two students in journalism: « We support the president because we believe first and foremost the good of the country, not our liberties. Thanks to him, Iran has stood up to big powers, the United States. We made our pride! «
Meanwhile, elsewhere in Tehran, a procession of tens of thousands of people peacefully contesting the vote: « We are so many want to end this dictatorship! » One enraged supporters Mousavi. The reformist candidate has been leading the event in which a man is gunned down by militiamen. But it seems a bit overwhelmed by his supporters who shouted to him: « Mousavi will claim your voice! »
Mir Hossein Mousavi, Prime Minister of Khomeini, made a campaign lip, hesitating over every word, vague to the point that Iranian comedians have dubbed « Machin-thing. » In meetings, his wife, Zahra Rahnavard, who found the words to inflame the audience.What a contrast with Mahmoud Ahmadinejad! This high tribune of its charm, never out of countenance, in a flash from the most disarming sweetness to a stinging harshness. In reality, there is much difference between the candidates in the presidential election between their supporters.

A few days after the announcement of his victory, the president is bright. To the foreign press, he revisits his classic anti-Western catechism. He said the Western media related « to the capitalist system arrogant and ignorant » failed to dissuade the people to abstain in elections. The Islamic republic is « a model of religious democracy in the world. » The Iranians are more concerned than ever « to the line of imams martyrs. » And he denounced the agitators of this « velvet revolution drone from abroad. » By assigning manipulations western wave of protest, the Iranian president seemed delighted to find a new pretext to postpone the invitation to dialogue launched by Barack Obama. But Ahmadinejad has taken the measure of the revolt? « Twenty-five million people voted for me and they exist, » he insists. Other? « From bad losers who could barely like after a football game … Too simple?
While proponents of Mousavi denounce the election result as an « unbearable cheating, » the Supreme Leader, Ayatollah Ali Khamenei, who unconditionally supports her foal Ahmadinejad in this crisis: « It’s a divine miracle. » In Iran, now The struggle is no longer between the camp of the reformers and conservatives, but between those who want to defend at all costs velayat-e faqih, the founding principle of the Iranian regime that creates confusion between religion and politics, and those who wish to detach.

During the election campaign, Mousavi had advocated amendments to the Constitution, but without daring to go into detail. Violently attacked by Ahmadinejad, former President Hashemi Rafsanjani had written to Supreme Leader Ali Khamenei asking for his support against the president. But the spokesman of the Presidency had immediately made the comparison with the old letter by Ayatollah Montazeri to Imam Khomeini for permission to take his distance from the Velayat, this « government of the learned. »Letter which had led to the shelving of Montazeri.
Today, Faezeh Hashemi Rafsanjani, the daughter of former Iranian president, calls it as openly as « the supreme leader is not a king whose dynasty would be frozen for centuries … » With his machine-gun speed, she denounced the elections, the absence of observers at the counting Mousavi, lack of ballots available in the bastions of the reformers. « In Iran, the op position is the majority not the minority, » says she.
Niloufar, a theology student who voted for Mousavi but whose father, an officer in the Iranian army, is a fan of Ahmadinejad, agrees: « They have so abused Islam, » sighs the girl that the only solution to safeguard the gains of our revolution is to separate religion from politics. « 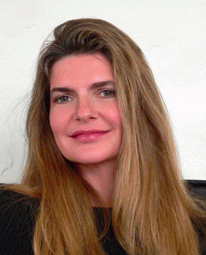 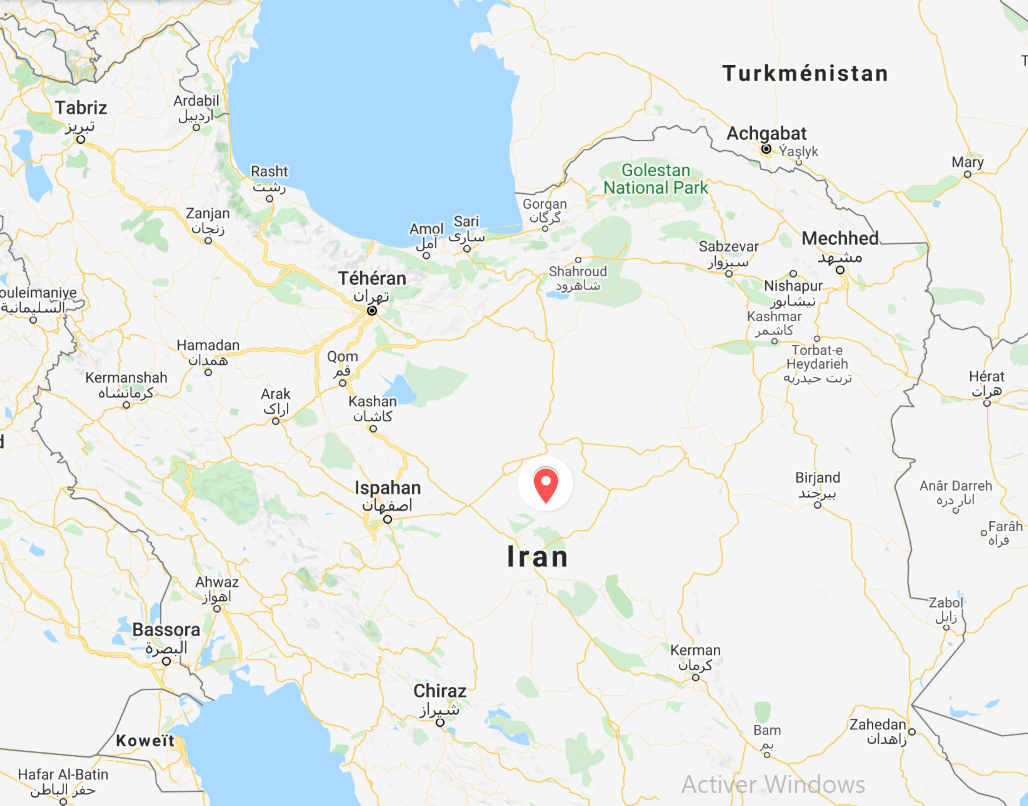 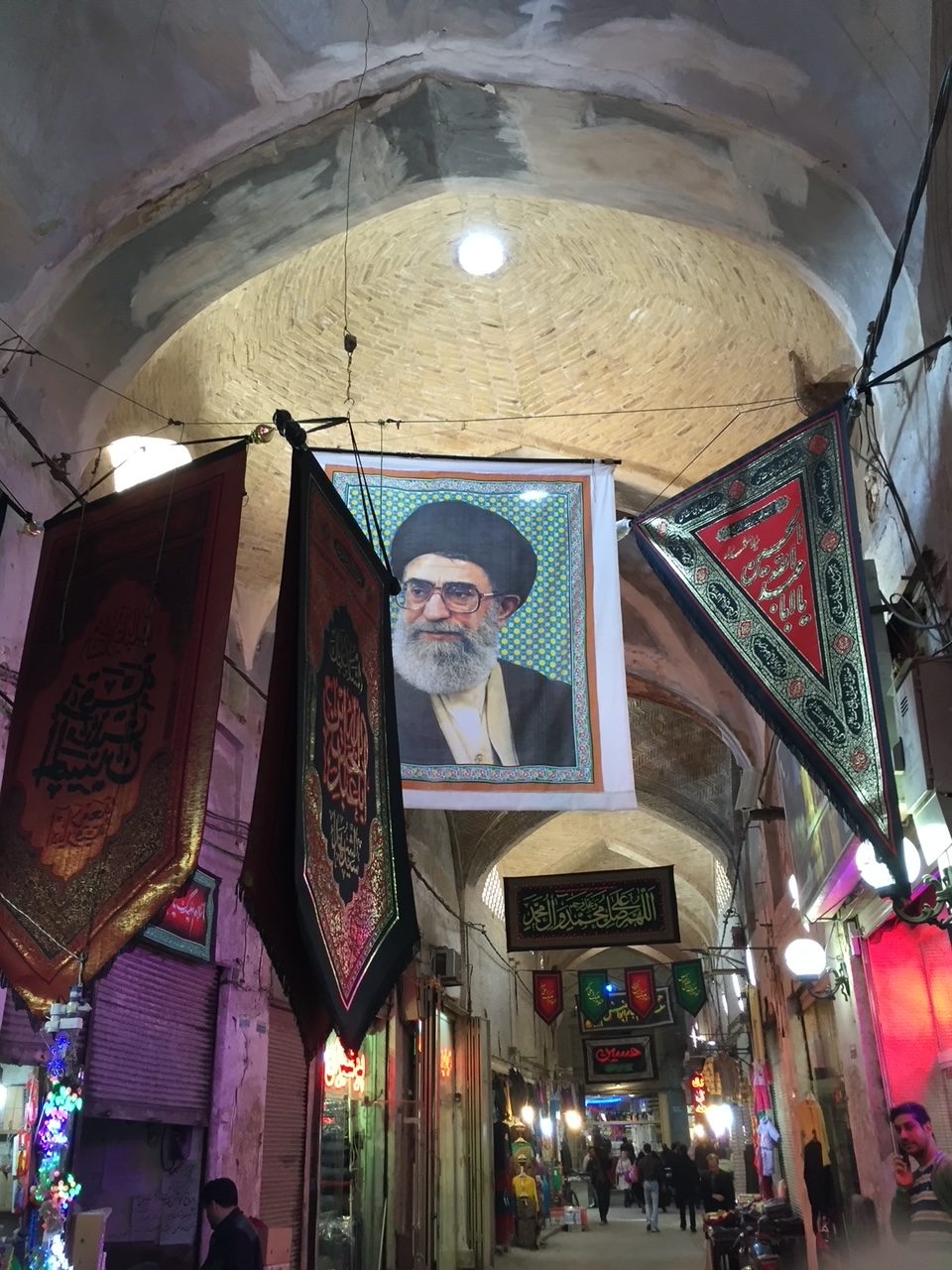 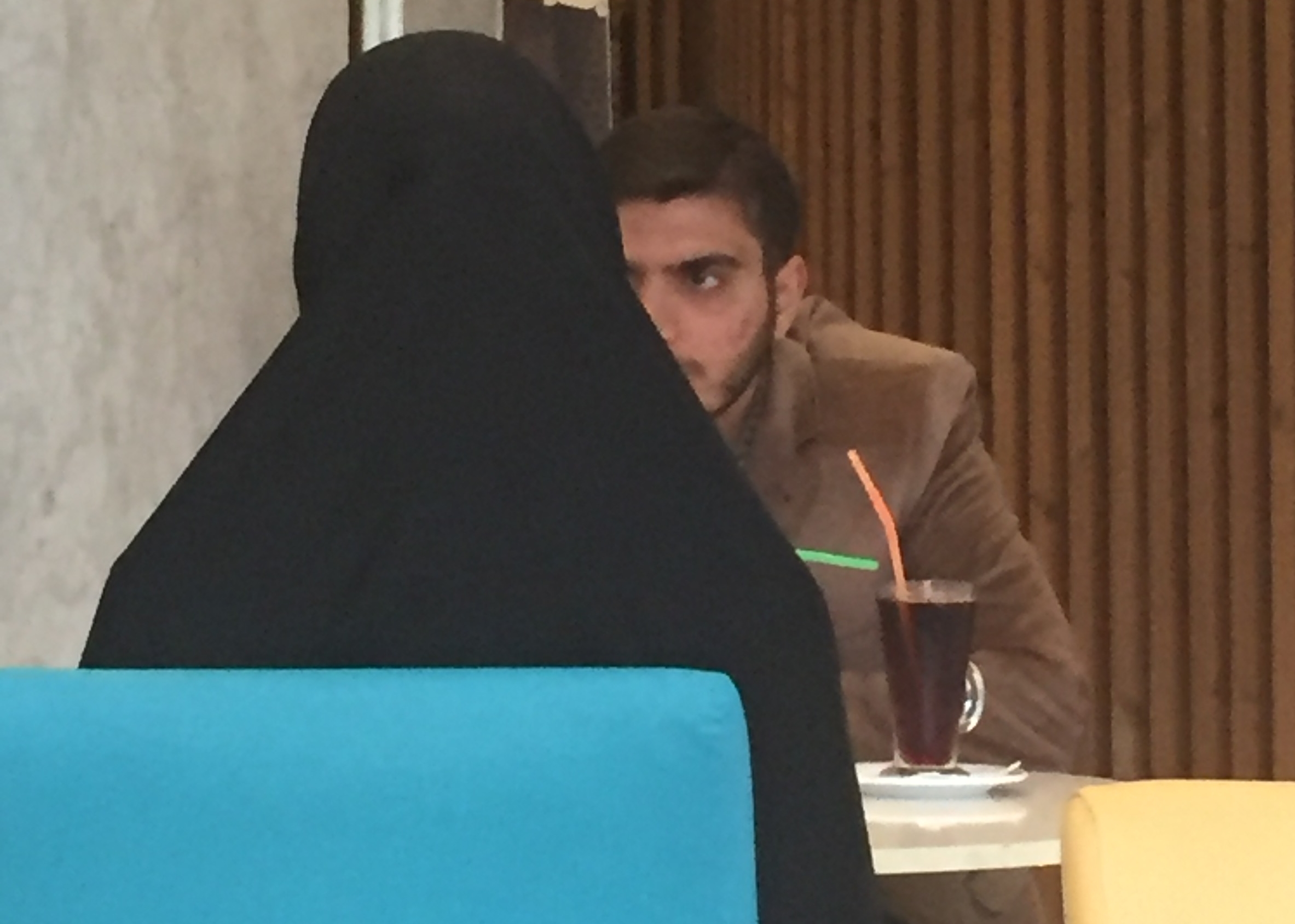 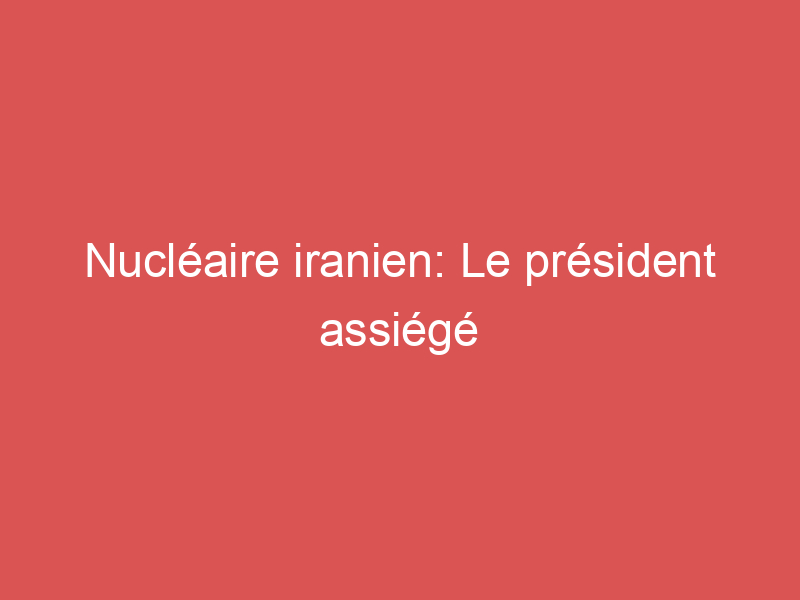 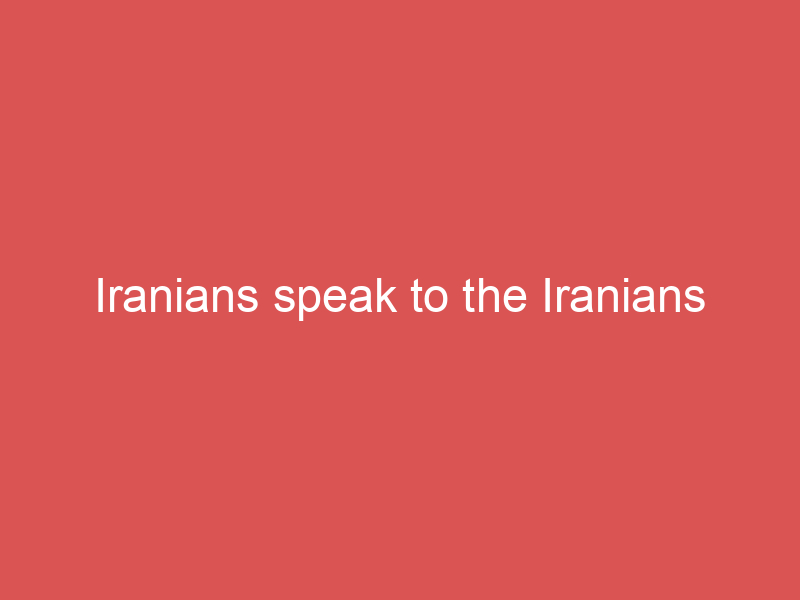 Iranians speak to the Iranians 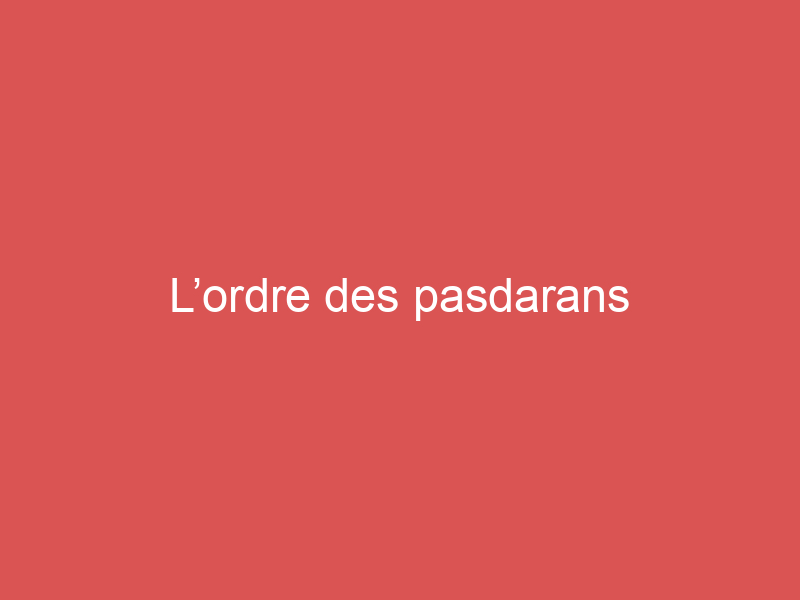 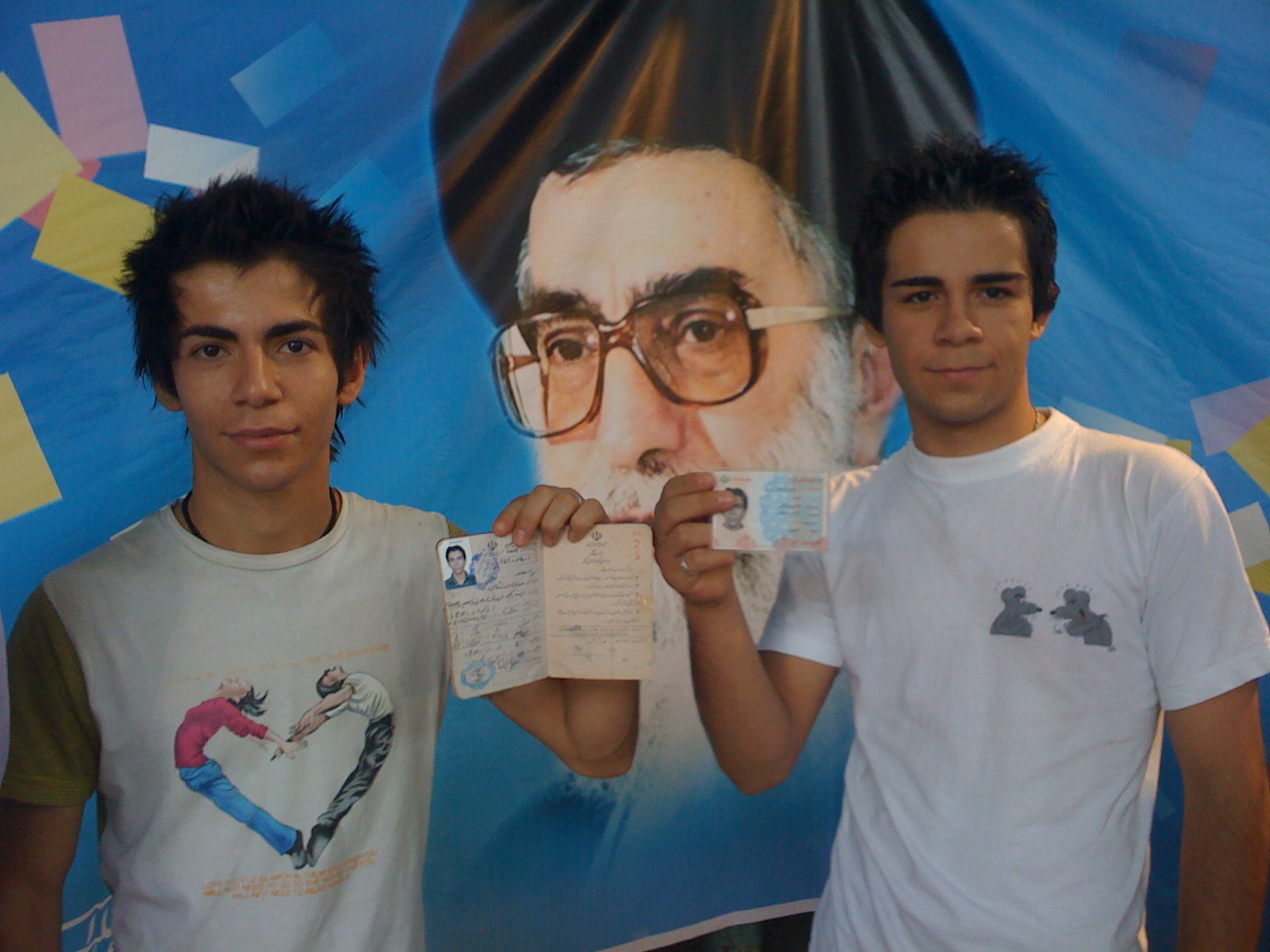